Ethereum started a fresh increase from the $700 zone against the US Dollar. ETH price retested the $745 resistance and it is likely to attempt an upside break above $750.

There was a minor downside correction in Ethereum below the $720 support level. However, dips were limited below the $700 level. ETH price remained well bid above $695 and the 100 hourly simple moving average.

A swing low was formed near $693 before the price climbed back above $720. The last swing low was near $703 before the main upward move above the $730 level. The price even broke the $740 level, but it struggled to clear the $745 resistance level.

A high was formed near $747 and the price is currently correcting lower. It broke the $735 level. There was also a break below the 23.6% Fib retracement level of the recent rise from the $703 swing low to $747 high. 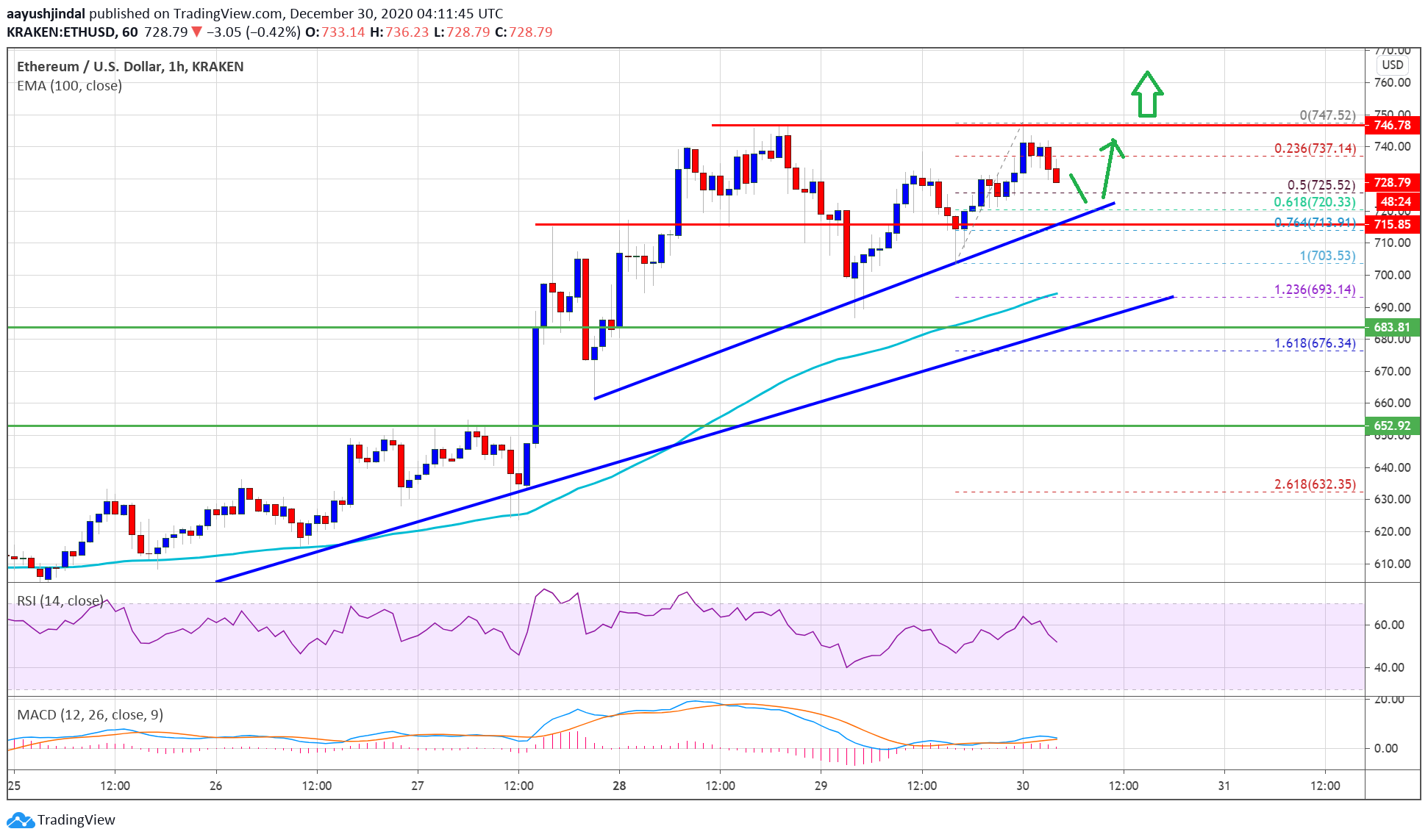 The first major support is near the $725 level. There is also a key bullish trend line forming with support near $720 on the hourly chart of ETH/USD. The trend line coincides with the 50% Fib retracement level of the recent rise from the $703 swing low to $747 high.

On the upside, the $740 and $745 levels are important hurdles. Once there is a close above the $750 level, ether price is likely to accelerate higher. The next major resistance on the upside might be $780. Any further gains could lead the price towards the $800 level.

If ethereum fails to clear the $745 hurdle, it could correct lower. An initial support on the downside is near the $725 pivot level, followed by $720.

A downside break below the trend line support could lead ether price towards the $700 support zone and the 100 hourly SMA in the near term.

Hourly MACD – The MACD for ETH/USD is showing positive signs in the bullish zone.

Hourly RSI – The RSI for ETH/USD is currently sliding towards the 50 level.

Polkadot (DOT) Surges 15%, Why Rally Isn’t Over Yet