Ethereum extended its rise and traded towards $760 before correcting lower against the US Dollar. ETH price is showing positive signs and it looks set to clear $750-$760.

There was an upside extension in bitcoin price above $29,000, pushing Ethereum above the $740 resistance level. ETH price even spiked above the $750 level and settled nicely above the 100 hourly simple moving average.

It traded to a new yearly high at $758 before starting a downside correction. There was a break below the $750 level. Ether price even spiked below the 50% Fib retracement level of the recent increase from the $715 swing low to $758 high. 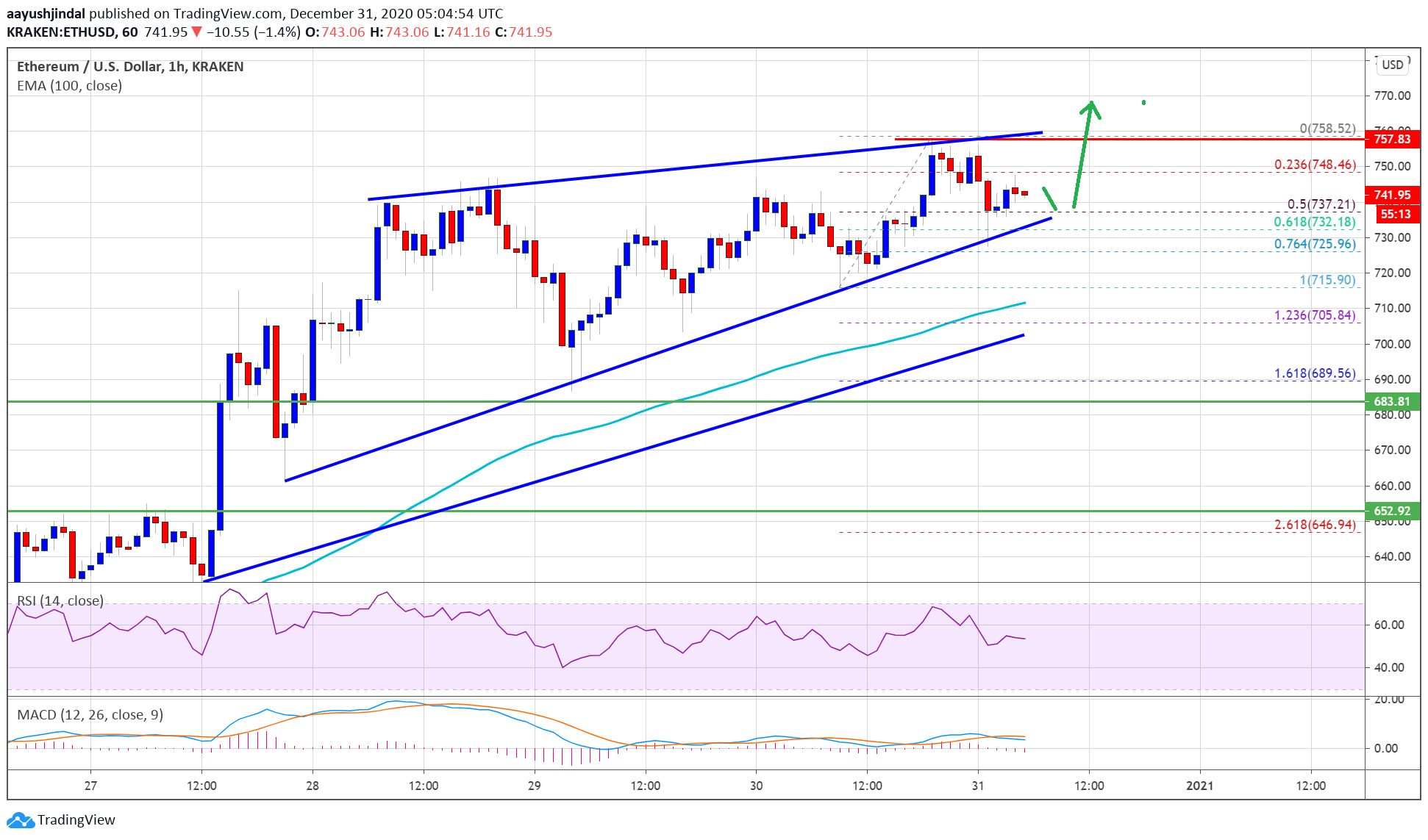 However, the bulls were able to defend the $730 zone. The price also remained stable above the 61.8% Fib retracement level of the recent increase from the $715 swing low to $758 high.

It seems like there is a major bullish breakout pattern forming with resistance near $760 on the hourly chart of ETH/USD. The pair is currently consolidating above $730 and it could aim a fresh increase above the $750 level. A clear break above the $760 resistance level could open the doors for more upsides in the near term. In the stated case, the bulls are likely to aim a test of $800.

If ethereum fails to clear the $760 resistance zone, it could correct lower. An initial support on the downside is near the triangle lower trend line and $738.

A downside break below the triangle support trend line might lead ether price towards the $720 support zone. Any more losses may possibly call for a push towards the $705 level and the 100 hourly SMA in the near term.

Hourly MACD – The MACD for ETH/USD is showing positive signs in the bullish zone.

Hourly RSI – The RSI for ETH/USD is currently close to the 50 level.