Litecoin as a cryptocurrency has longevity behind it, digital scarcity, and a code that’s just like Bitcoin’s. Yet the reputation of the altcoin has been so tarnished, it has long lagged behind the rest of the market after being the once clear leader.

Signs are mounting that this could soon reverse, and according to a fractal from past market cycles, time is running out to accumulate the silver to Bitcoin as digital gold at such low prices.

Digital Silver Ready To Shine After Several Years of Dormancy

When talking precious metals, the conversation might focus on gold but silver is always part of it. In crypto, Bitcoin definitely steals the limelight, but its Ethereum, Chainlink, and an army of DeFi tokens that capture the interest and excitement. All while the digital version of silver mostly sits out.

Litecoin was popular during past bull markets, but this one – not so much. Whether it was due to the asset’s founder selling the top of the last rally on his followers, or the fact it has barely moved since its halving, Litecoin has stayed in the dark.

Technicals are lighting up once again, however, and it appears as though things are about to change for Litecoin. Grayscale Investments has been loading up on the altcoin, and according to a fractal from the last cycle shared by a highly accurate crypto analyst, time is running out to buy some this cheap.

Before writing off fractals as a fallacy, this same analyst predicted the Bitcoin bull run from the $10,000 breakout to beyond using a similar setup. The trajectory puts each Litecoin at a couple thousand dollars.

Litecoin Breaking Out Against Bitcoin Will Drive Dollar Climb

While this might immediately present as bearish for Litecoin, all reversals start somewhere – and the current level appears to be where they start.

Is it finally Litecoin’s time to shine? Technical analysis also supports a bullish breakout in the making. Litecoin has been forming a massive bottoming structure, and there’s a bullish divergence on the RSI along with the MACD flipping bullish. For more reasons to be bullish on Litecoin, go here. 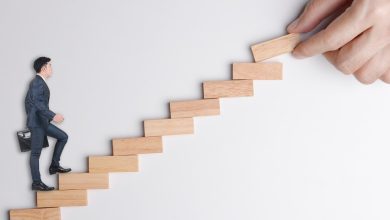