Cardano’s price traded to a new multi-month high at $0.9860 before correcting lower. ADA declined over 20%, but it is likely to remain well bid near the $0.7000 level.

In the past few days, cardano’s price started a steady increase above the $0.7000 resistance. ADA price even cleared the $0.8000 resistance and settled well above the 100 simple moving average (4-hours).

There was also a break below a major bullish trend line with support near $0.8800 on the 4-hours chart of the ADA/USD pair. The pair even spiked below the $0.7200 support level, but it remained well bid above $0.7000. 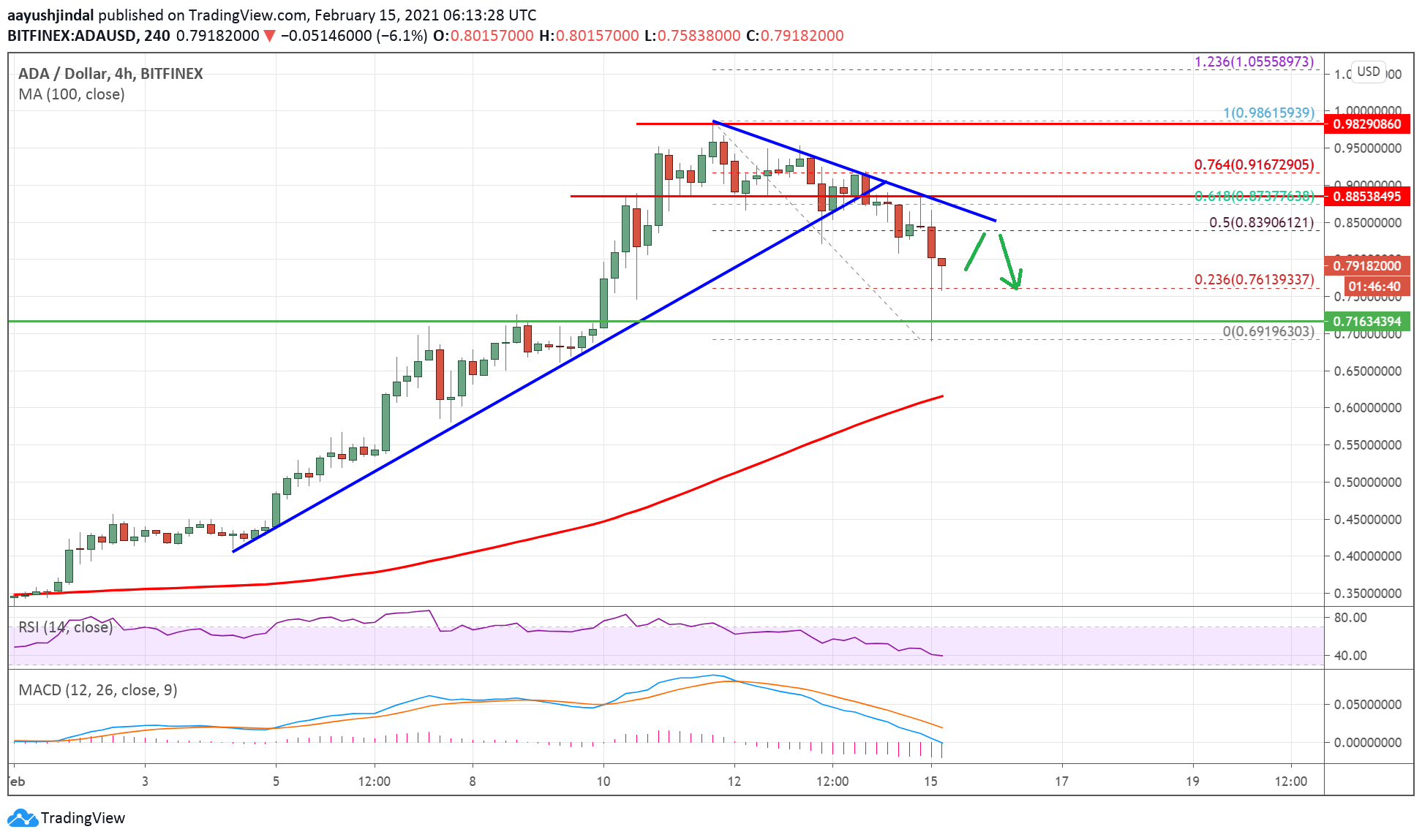 A successful break above the $0.8500 resistance and the trend line could start a fresh surge. The next key resistance sists at $0.9000.

4-hours MACD – The MACD for ADA/USD is gaining momentum in the bearish zone.

4-hours RSI (Relative Strength Index) – The RSI for ADA/USD is currently below the 50 level.