Ten years ago, Bitcoin emerged as the first cryptocurrency. It brought with it the promise to resolve some of the major challenges that come with regular fiat currencies like the US dollar (USD) and Chinese yuan (CNY) — including rampant inflation, counterfeiting, and centralization.

But despite this, it isn’t Bitcoin that is poised to reshape finance as we know it, but its underlying technology known as ‘blockchain’. This decentralized ledger technology has gone through several iterations in the past decade, and one of the most recent forms looks set to radically shake up the way we interact with our money.

The Era of Decentralized Finance 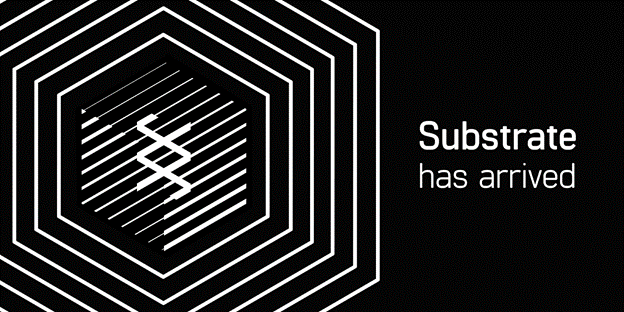 The first generation of blockchains brought incredible security, transparency, and efficiency that has yet to be matched by legacy financial technologies.

These first-generation blockchains are used to power platforms like Bitcoin (BTC) and Litecoin (LTC) — which are capable of transferring value across borders in minutes, at a tiny fraction of the cost of traditional remittance firms and are practically unhackable.

Ethereum (ETH) and Cardano (ADA) introduced the second generation of blockchain-based platforms. For the first time, these were able to host self-executing scripts known as smart contracts, which run on the blockchain and automatically execute based on defined parameters. These were used to be a dazzling array of blockchain-based applications, some of which offer features that replicate traditional financial infrastructure — like investment platforms, trading apps, and open lending platforms.

Many of these decentralized applications (dApps) fit into the category of ‘decentralized finance (DeFi)’ — since they provide features that allow users to retake control of their finances and better make use of their cryptocurrencies.

But now, with the advent of Substrate — a third-generation blockchain platform — DeFi is set to go mainstream; since projects will be able to build interoperable applications that leverage the unique properties of individual blockchains to provide solutions that were simply not possible before.

Clover is the platform at the epicenter of this revolution. Built on Polkadot (a Substrate-based platform), it benefits from extreme scalability and security, while also enabling a degree of interoperability between applications that has not yet been seen before in a blockchain system. It’s used by projects to easily build and deploy highly capable decentralized applications that can serve practically any purpose.

With it, the next generation of blockchain-based dApps will be deployed, potentially ushering in the age of mainstream decentralized finance.

The Power of Programmable Money

Platforms like Convergence can be used to tokenize and trade real-world assets. (Image: Convergence)

Although blockchain technology is the main star of the burgeoning crypto industry, cryptocurrencies are also going through an evolution of sorts. What were once static digital assets that served a single purpose, have now evolved into programmable units that have the capacity to way to reshape the way we think about money.

Nowadays, cryptocurrencies can be more than simple stores of value or currencies, and can represent practically anything — ranging from fiat currencies to commodities and real estate, to works of art and even traditional shares. This has enabled the advent of so-called ‘synthetics issuance’ platforms, like XinFin and Synthetics — which allow almost anything to be tokenized and represented as a blockchain-based asset.

But more than this, programmable money can also represent even more complex asset types, whereby a single unique could represent the ownership or transfer or multiple units at once, i.e. basket assets like BLEND, or derivative positions — like leveraged futures products, options, and more. As you might imagine, these digital assets provide a great deal more flexibility than is possible with simple cryptocurrencies like BTC or LTC — since they can represent anything, whether real or virtual.

This programmable money is currently being used to build increasingly capable decentralized financial products, that in time, could eventually replace stock exchanges, clearinghouses, banks, and practically all of the intermediaries we are accustomed to dealing with when managing our finances.

As a result, the combination of decentralized finance and programmable looks set to return power to the individual, while eliminating costly, time-consuming, and inefficient intermediaries that profit from users while giving little in return. And given the current pace of change in the industry, this might happen sooner, rather than later.

Why Ethereum Close above $1,600 Could Stage A Strong Rally