The benchmark cryptocurrency dropped 3.52 percent into the session, hitting 54,992 around London noon. Traders flocked out of the Bitcoin market as Cardano, one of its crypto rivals, offered better intraday prospects. Their sell-off also accelerated as the yield on the US 10-year Treasury note rose to its highest level since February 2020, gaining 0.04 percentage points to 1.67 percent in early Wall Street trading.

At the core of rising bond yields were expectations that the Federal Reserve would avoid extending its ongoing asset purchasing program below to Bitcoin as Key US Yield Hits Feb 2020 High Ahead of FOMC Meeting to longer-dated government debts. The US central bank officials will conclude its two-day policy meeting on Wednesday, after which its chairman Jerome Powell will take questions at a post-meeting news conference.

The Wall Street Journal reported that the Federal Open Market Committee (FOMC) would hold its overnight rates near zero until the US economy secures maximum employment and sustained inflation above 2 percent.

It is less likely for the conditions to reach the Fed’s desired goals this year. Therefore, the central bank will have to continue its policy, including a $120 billion monthly purchase of government debts and mortgaged-backed securities.

Meanwhile, private economists believe that the US will recover jobs this year on the prospects of advancing COVID-19 acceleration and Joe Biden’s $1.9 trillion stimulus package. A survey conducted by the WSJ shows that economists expect the US GDP to grow by 6 percent this year. Should that happen, the Fed would likely taper its easing policies.

Higher interest rates have dealt a blow to Bitcoin lately. The cryptocurrency declines by more than 21 percent in the week ending February 28 after the 10-year note yield rallied. While the Fed will likely ignore intervention, the confusing communication could lead to higher volatility in bonds, stocks, and even cryptocurrency markets.

“They have not stated exactly the extent of the overshoot they are comfortable with or for how long,” Silvia Dall’Angelo, senior economist at Federated Hermes, told FT. “From a market perspective, this brings uncertainty and volatility.”

A continued sell-off in the US bond market would keep the Bitcoin market prone to wild fluctuations, especially as it has already rallied by almost 1,500 percent since March 2020 and risks undergoing vast bearish corrections. Meanwhile, its growth among corporates as an anti-inflation asset keeps offsetting its downside bias. 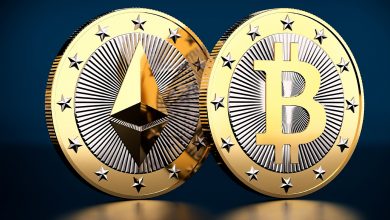